Been doing a lot of visual polish this week - I've been sprucing up weapons VFX (not quite done, no screenshots), adding new planet models and improving the planet shaders, and I also started adding destroyed versions of ships so that after a large battle it starts to have a wolf 359 feel

I've taken some time to tune them so that they remain compatible with the game's color palette swaps, so all I had to do was swap out the model loaded for any planet that I wanted to have an ocean (roughly 50% of the inhabited worlds in-game are now using ocean meshes) and also keep the chunky aesthetic 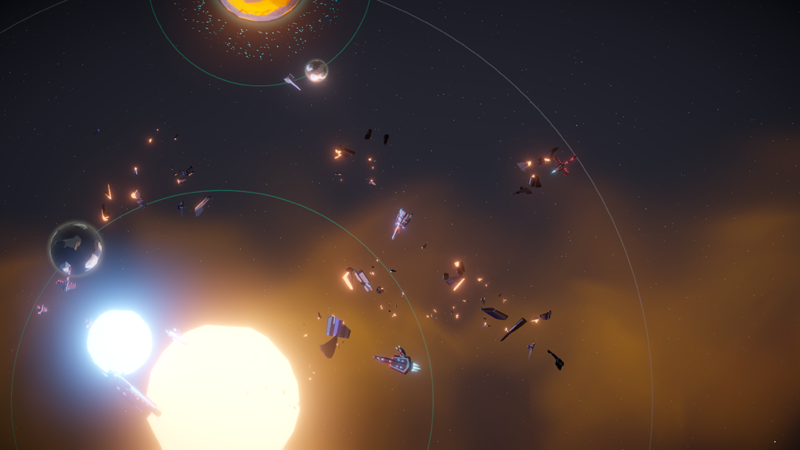 A bunch of 'sploded ships. Still working on the glow effect for the internals of the dead ships, but I'm reasonably happy with how a system feels after a long fight (it feels messy!)